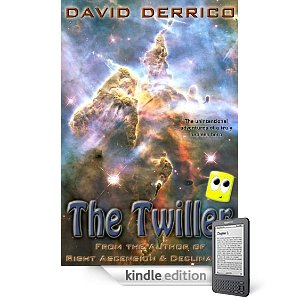 I am pleased to announce that the well-known book review site Red Adept Reviews posted a review of my third novel, The Twiller, today. I submitted The Twiller for submission back in June of last year, so you can see how well-respected Red Adept is by indie authors, and how inundated with submissions she is!

A big thank you to Red Adept and her review staff — I’m glad you enjoyed the book!

Please do check out the full review over at Red Adept Reviews:

Or, grab the paperback from:

Thanks to the fine folks over at Kindle Cheap Reads (now called Daily Cheap Reads), who featured yours truly yesterday. They run a very prolific website, featuring inexpensive (under $5) Kindle books and have recently started adding a sampling of independent authors to the mix. Check them out!

Also, here’s a shout out to the famous Red Adept, who tirelessly reviews Kindle books to help you find your next great read. This month, she’s been running an ongoing series of author interviews asking: “Which came first, the character or the plot?” Check out some responses by me and some other great indie authors:

While Red Adept hasn’t chosen to review one of my novels yet, I’ve sent them her way and am keeping my fingers crossed. 😉