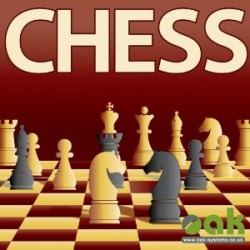 Chess on the Kindle

Chess is probably one of the most popular computer games, and it’s a great candidate for the Kindle since it doesn’t rely on great graphics or video or even color — the pieces are, after all, black and white. It’s also a great fit considering the general slant of Kindle games so far: more cerebral, thinking games (like word games and Sudoku) rather than action / arcade types of games.

Chess is available now for your Kindle for $2.99 here:

There is also a steadily-growing list of Kindle games, including poker, blackjack, Scrabble, hangman, Monopoly, and more. Several of them are even free. There are even choose-your-own-adventure Kindle e-book / apps. You can find the current available games & apps here, along with lists of freebies, bestsellers, and highest-rated games:

If you try out the chess game (or any of the others), please leave a comment and tell us what you think of it! 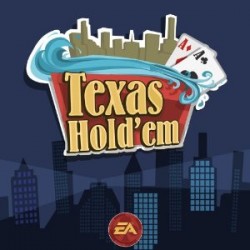 I thought this was interesting enough to merit a quick post: Electronic Arts has released a Texas Hold ‘Em poker game for the Kindle. It’s available for download now for $3.99.

I’ve posted before about Kindle apps, but what makes this one so interesting is that it’s one of the few Kindle apps available so far that’s not a word game or strategy game — previous games included Scrabble, Every Word, and Sudoku, although EA also released a Solitaire card game last month.

Texas Hold ‘Em is obviously a hugely popular game, so I think a lot of people would be interested in this. It makes me wonder what else we’ll see on the Kindle, and if it will soon become a full-featured game machine that will get more and more cool apps. I was wondering if Amazon intended to keep the apps and games reading-related, or at least “cerebral.” Well, poker can certainly be cerebral, but this seems like more of a “mainstream” game than Amazon’s first two app offerings, which were both word games that really seemed to “fit” the idea of a Kindle. 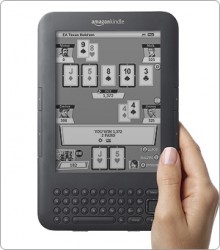 Texas Hold 'Em on the Kindle 3

Of course, the types of games and apps are limited by the Kindle’s black & white e-Ink screen, but I’ve been impressed so far by each of the Kindle games I’ve seen — the screen wasn’t a hindrance, and the games were easy to play (the Kindle’s full keyboard helps).

Anyway, we’ll see if this starts a trend toward more “casual” or “mainstream” Kindle games. And I’m also keeping my eyes peeled for apps — weather, note pads, a thesaurus or translation app, etc. Kinda cool that this capability didn’t exist when I got my K2, so it’s really come as a bonus (although, sadly, these apps don’t work on the older K1). 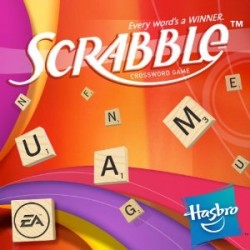 Scrabble for the Kindle

While it’s no secret that Apple’s iPad is generally better for games than the Kindle (due to its color LCD screen), Amazon has recently released a number of Kindle Games & Apps and leveled the playing field a bit. The games I’ve tried have been surprisingly good — even limited by the slow refresh rate and black-and-white nature of the Kindle’s e-Ink screen — and have proven fun and surprisingly addictive!

So far, most of the Kindle games are word games or “thinking” games of some sort: Scrabble, Sudoku, and strategy games, for example. These games usually work on the Kindle 2, Kindle 3, or Kindle DX models — sorry, Kindle 1 users, it seems you’re out of luck here. Please do check the requirements before buying one of these games.

Amazon earlier this  year announced an upcoming “App Store,” which would allow programmers and developers to create their own Kindle applications and games (similar to Apple’s App Store). So far, however, we’ve only seen a trickle of games released by Amazon itself or a couple of big names, like Electronic Arts. Presumably, sometime soon the floodgates will open and anyone can write an app for the Kindle — and not just games, but also perhaps productivity apps (calendars, to-do lists, etc.), RSS readers, custom screensavers, weather apps, etc.

The good news so far is that several of the already-released apps are completely free — and I’d recommend you give them a try. I’ve played Shuffled Row and Every Word — both Scrabble-like word games — and both are excellent. After a couple of games, they quickly became pretty addicting, as I tried to beat my high score. Playing them felt more “Kindle-like” than your average game: while they were both fun, they also have a solid educational, vocabulary-building element. And the performance on my K2 is great — there’s obviously no color, but the graphics are well-done and there aren’t any issues with the animation speed. The Kindle’s full physical keyboard comes in very handy here.

There are a few paid apps too, including Solitaire (a compilation of 12 solitaire card games), Scrabble, and Sudoku by Electronic Arts. Each of the Kindle games is highly placed on the Kindle best-seller lists: Solitaire is #1 on the list of paid Kindle books (yes, the apps are mixed in with e-books), and Mine Sweeper is #1 on the free list.

There should be something on this list for everyone:

Good luck, I hope you find something on the list you enjoy. Just remember not to let these games distract you too much from reading! 🙂