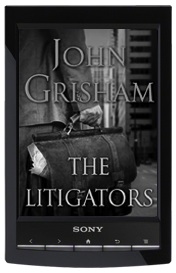 This new Sony e-reader, which boasts wi-fi connectivity in addition to the touchscreen, weighs in at just 5.93 ounces.

While still above the Kindle 4’s starting price of just $79, the price drop brings the Sony reader down into the right price range. Sony had a history of badly overpricing its e-readers, which prevented it from gaining much market share, at least in the U.S. This holiday season is certainly shaping up to be the year of the sub-$100 e-reader, with Kindles, Nooks, and now Sonys all slashing prices in recent weeks.

For more info on the PRS-T1, please see my previous post here.