As gas rises well above $3 a gallon, and a latte at Starbucks can run you close to $4, it got me thinking more about the prices of e-books. There is lots of debate over bestsellers selling for over $9.99 — in many cases $12.99 or $14.99, which is beyond the price range I will generally pay for e-books. But, on the other end of the spectrum, one of the perennially most popular posts at the authors’ forums I hang out at is some variation of “Should I price my e-books at $0.99 or $2.99?”

This choice always manages to depress me. I understand the appeal of pricing our work as low as possible ($0.99 is the minimum sale price on Amazon’s Kindle store) and getting as many readers as possible. At one point, I even sold my novels for $0.99 each. But I also understand it’s an unsustainable price point, one that will not support authors producing quality work. Making the choice even less appealing is the fact that novels priced between $2.99 and $9.99 now earn 70% on Amazon, but only 35% for books below that price. (Barnes & Noble’s breakdown is similar: 65% / 40%). So, you’re only making half the royalty on one-third the price — meaning you make one-sixth the royalty on $0.99 books as on $2.99 books, leaving only 35 cents per sale. You’d have to sell 100,000 copies a year just to make any kind of living (yes, royalties are taxed, including self-employment tax), and there just aren’t many authors who will manage that. (UPDATE: there are 44 indies on the planet selling that many through Amazon.)

This debate also got me thinking about what a great deal a full-length novel for just $2.99 really is. For that price, you get several hours of entertainment (compared to a 90-minute movie for $10 or more), an instant download, a digital copy that lasts forever, text-to-speech, and all the other cool features of e-books, like adjustable text sizes and built-in dictionaries. At $2.99, that’s cheaper than dirt. I mean, what else can you buy these days for under $3? I set out to take a look. 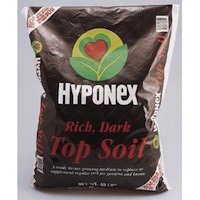 Dirt: twice the price of e-books

Well, you can’t buy a gallon of gas or a latte for under $3 these days, but how does $2.99 compare to the prices of a few other inexpensive items? I mean, is an e-book literally cheaper than dirt?

I checked Amazon.com, and I couldn’t find a bag of dirt for less than $2.99. Their most popular brand of dirt is $6.99 — you can buy both books in my Edge of Apocalypse Series (Right Ascension and Declination) for less than that!

This is a depressing start. 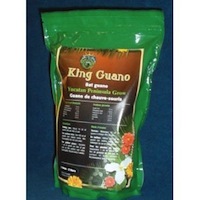 OK, this is just insulting.

OK, let’s try something lower than dirt. How about … I don’t know … how about poop? Surely an e-book will be worth more than a bag of poop! Let’s check it out on Amazon … oh, crap. Does that bat guano really cost almost 10 bucks?? That’s more than all 3 of my novels combined!

All right, I know what you’re saying now: dirt and fertilizer can actually be useful, for gardening. Fine. A depressing line of thought, but fine. So how about if we look at something totally useless, and also gross and worthless. Something like … lemme see … fake poop! Yeah! Surely my e-books are worth more than fake poop, right? Right? Wrong.

So I set out to find the most useless item I could find, something with no redeeming value whatsoever. Some product that really just … stunk. And then I found this: a foul-smelling spray called (I swear I am not making this up) “liquid ass.” Surely my e-books are worth more than — wait, that junk is almost $5? And that’s on sale? I’m in the wrong line of work. 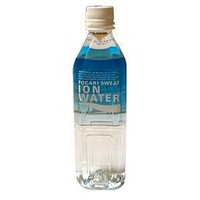 OK, maybe I’m going about this the wrong way. All of those things, while seemingly worthless, might have some value to someone (gardeners or pranksters, I suppose). But what about stuff that is even more plentiful than dirt or bat poop … stuff that’s all around us, like water or air??

So I checked trusty Amazon.com again and found this single bottle of water for … $3.39?? Wait, guys, water is still just Hydrogen and Oxygen, right? And you’re charging over $3 (plus shipping) for one lousy bottle? You know water falls from the sky, for free, right? It’s almost as plentiful as …

Then it hit me: air. Fine, e-books are just electronic ones and zeroes, etherial and without tangible form. But at the very least I should be able to rest assured that no one would pay more than $2.99 for air.

Unfortunately, the briefest of Amazon searches informed me that, yes, people are purchasing air in a can, and they’re paying $20 for the privilege. That’s … that’s more than I charge for a combination package of all 3 of my novels in paperback form.

Since this little experiment was depressing me more than I anticipated, I figured it was time to wrap it up. What is something that literally no one would ever pay more than $2.99 for? Something worth so much less than my e-books, that there’s no way it costs as much. Something that’s only worth a few cents? 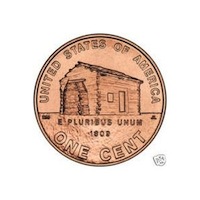 That’s it! What would people pay to buy, literally, a few cents? A penny. A one cent piece. You know, the things you throw away or leave on the counter when you get them in change? And not an old, rare penny with numismatic value either, I mean a brand-spanking-new, not-worth-more-than-a-penny penny.

At this point, if I told you 4 new pennies sold for $4.95, would you even be surprised?

Sigh. And some people think e-books should cost less than $2.99?

In homage to the hilarious Dave Barry, I thought I would clear up some popular grammar misconceptions by answering grammar questions sent in by readers. Let’s get started!

What is the serial comma, and why should I care?

The serial comma (also known as the Oxford comma, since that’s where it went to college) is the last comma in a list or series such as “red, white, and blue.” Some people don’t use it, mainly because … I don’t know, pressing the comma key a second time in a single sentence is really hard? Sure, most times it’s not really critical, but sometimes it can make a big difference, so it’s best to use it, for clarity. Consider if your wife saw you post one of these two status updates on Facebook:

I had sex with an amazing woman, my wife and my best friend.

I had sex with an amazing woman, my wife, and my best friend.

The first one is clarifying that the amazing woman is your wife, who is also your best friend. The second one sounds fun but will have you looking for a good divorce lawyer.

What is the deal with people using quotation marks incorrectly?

I’m glad you asked. This is a pet peeve of mine. You see this all the time on signs at restaurants and stuff. When you put something in quotes, you should either be quoting another speaker or using the quotes to mean that something might not really be what it’s claimed to be — like if you say that O.J. Simpson is “innocent” or that Sarah Palin is an “author.” But when a restaurant touts their “Fresh” Fish, I eat elsewhere.

y r u so srs abt this grammar stuff? its no big deal

Get the hell off my blog.

I always get confused with your and you’re and there, their, and they’re. Help!

First of all, that’s not in the form of a question, but I want to help you out, because there’s no quicker way to look silly than to use one of these words incorrectly. Words that sound the same are called “homophones,” which means that they have negative attitudes toward words of the same sex getting it on. If you don’t know the difference, spell out the words instead of using contractions. Doesn’t “I hate you are stupid blog and you are stupid grammar rules” sound dumb?

Why doesn’t anyone know how to use apostrophes anymore?

Thank you, dear reader, for bringing up this vitally important issue, which I think should be one of our nation’s top 3 priorities, along with curing prostate cancer (or at least finding a better way to check for it) and instituting a college football playoff.

What do all of these examples have in common?

I told my parent’s that school is for loosers

If you answered “they are all abominations,” you get a gold star. Apostrophes are used to indicate a contraction, or possession. Not just because you pluralized something and felt like hitting the apostrophe key since you saved a keystroke by skipping a serial comma earlier.

Well, that’s all for this edition of David’s Grammar Guide. Leave your grammar questions in the comments below, and try not to think too much about how “fresh” that fish you had for lunch really was.