July e-book sales came in at $82.6M, more than double the amount from July of last year, and slightly above June’s total of $80.2M. 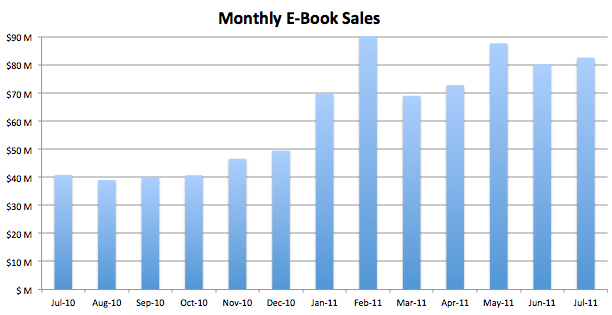 The recap for the past 13 months:

Sadly, it seems that Publisher’s Weekly has stopped giving us much data regarding print book sales, making it harder to compare and analyze the data, as I am wont to do. All they provided this month was the adult hardcover figure, which was $91.2M. They did tell us that:

UPDATE: Undaunted, I went back and estimated sales based on the percent changes provided and my records of last year’s sales figures, and came up with the following chart of e-book sales as a percentage of total e-book plus print book sales. 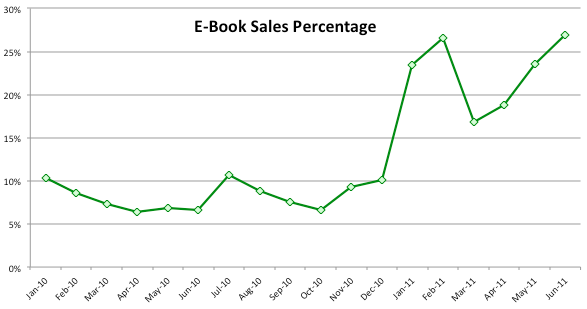