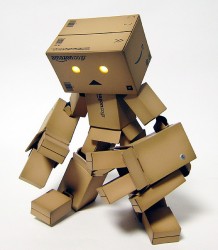 The behemoth known as Amazon

Very impressive, especially since Amazon makes clear that it does not count free e-book downloads and does count printed books without e-book equivalents. I suppose the next milestone will be when e-books overtake combined print (paperback + hardcover) sales, which can’t be too far away now.